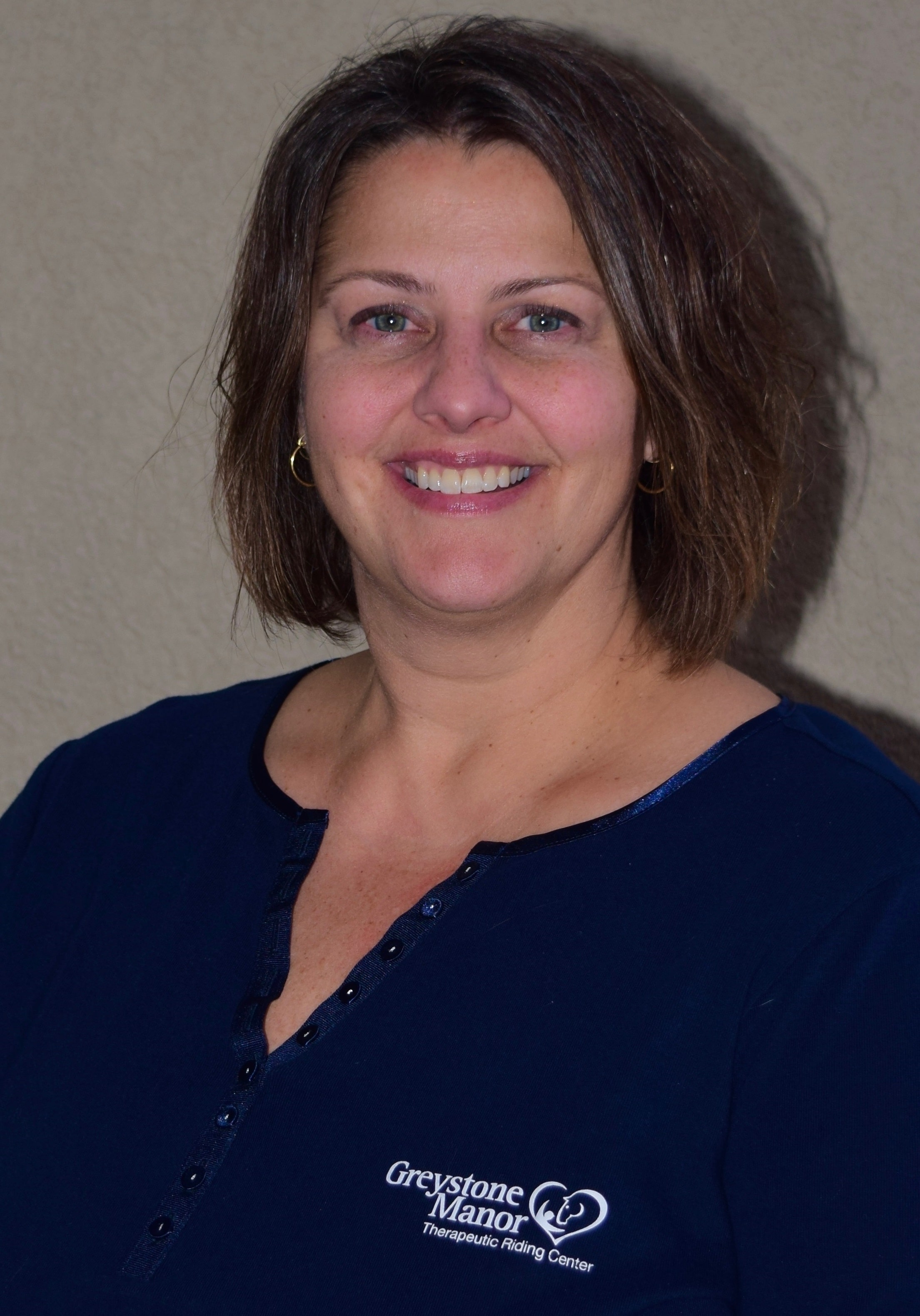 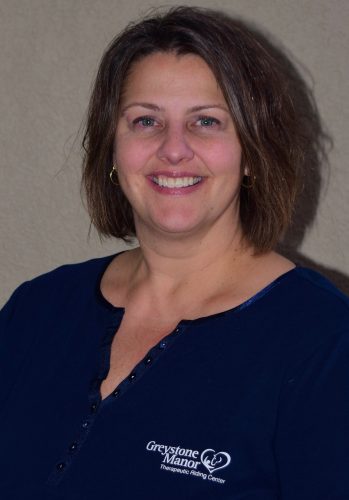 Other employment information: I have been working full time at Eurofins Lancaster Laboratories since 1990, just up the road from the barn.

Where did you grow up (city/state): Lancaster, PA

Name of horse(s) you currently own or favorite Greystone Horse: I never owned my own but have been lucky enough to be able to ride and take care of other folks’ horses since I was 16. I’m partial to the gentle giants so Sam is a handsome guy but I love them all!

What do you like best about working at Greystone? I love to see the smiles on everyone’s faces and to work as a team to help a rider achieve their goals. I like to have fun and challenge our riders at the same time. It’s amazing what we can accomplish when we set our minds to something. And the horses… since I don’t have as much time to ride as I used to, it’s wonderful and healing just being around them.

A few interesting facts about yourself: I have been on two vacations that included horseback riding for a week in a foreign country – Spain in late September 2001 and Italy in early October 2005. I was the treasurer for this program from 1997 to 1999, when it was still known as Lancaster County Therapeutic Riding.

Family: Married to Dave since February 1995. I am a mom to Josh since July 2002 and Caleb since July 2004, and Daisy has been a part of our family since adopting her in May 2013. She’s an Australian Shepherd/Cattle Dog mix and her birthday is October 31st. She loves to run and play ball with the boys in the backyard and curl up on our sofa and relax. The animals in our lives have it rough – don’t they?